Our lifestyle in the UK has a large carbon footprint. Most of our emissions are down to personal choices and we can therefore do something to preserve nature for our descendants. Household energy, food, travel and purchase of goods all contribute to our carbon footprints. From a personal perspective, I have been able to make re­ductions in most areas but travel has proved more difficult than the other categories. I am more reliant on a car than I care to admit. The Scottish Government expects us to be carbon neutral by 2045. No allowance for emissions from overland transport is built into their calculations. This means that all motor and rail transport will have to be powered by electricity (or perhaps hydrogen fuel cells) by 2045. The EU has required a large drop in the mean emissions from cars sold in the area from April 2021. This new regulation is behind much of the electric car advertising at present. Should we all go out and buy an electric car to replace our fossil fuel cars in the near future? Will going electric reduce emissions and pollution in general?

I admit I am somewhat of a gadget man. I love clever new machines and am therefore susceptible to advertisers selling shiny new toys. Electric cars take time to recharge and there is concern that a vehicle could run out of power and leave the driver stranded. Batteries have been enlarged in cars over the last few years and this is less of a concern. The electric grid has been nearly decarbonised in Scotland, so charging is nearly carbon neutral in this area. We all know that rechargeable lithium batteries degrade over time. Car batteries are mostly guaranteed for 8 years but may need to be replaced soon after that. Typically, the battery is 30% of the new car cost in electric vehicles. In practice this means that the life span of an electric car manufactured today may be only 8-10 years. This makes me hesitate, particularly as the price is higher than a fossil fuel car.

The reliability of cars has been recently researched by Which? Magazine. Between December 2019 and February 2020, 47,013 owners of 55,833 cars have reported their experiences. Their article was published on 14/8/2020. The most reliable cars by fuel type may surprise you! Petrol hybrid cars were the most reliable and plug in petrol hybrids the least reliable in 2019. In between come, petrol, diesel and electric in that order. When the reliability by price was examined, the least reliable were the most expensive luxury brands! Jaguar Landrover and Tesla did particularly poorly. 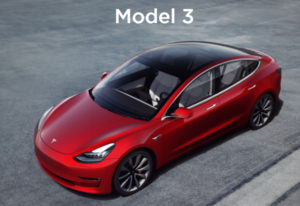 Model 3 Tesla electric car has a poor record for reliability

On 8th June 2020, the South China Morning Post printed an article. “A ‘million mile’ battery from China could power your electric car”. They reported an interview with Zeng Yuqun, chairman of Contemporary Amperex Technology Co Ltd (CATL). He said that his company could now provide much longer lasting batteries and he is waiting for his first order of the new technology. CATL has recently signed a 2-year deal with Tesla motors. It is likely that the first cars that will be fitted with a “million mile battery” will be Tesla series 3 cars assembled in Shanghai. These batteries are 10% more expensive than standard lithium batteries and are likely to last at least 16 years against 8 years for a standard lithium battery. This company supplies batteries to German manufacturers and is planning manufacturing plants in Europe but not the USA yet.

It seems that current electric cars are not very reliable and are not durable. They are also expensive. In future, these faults might be rectified and new benefits added to the attraction of an electric vehicle.

At present, the energy supplied by the electric grid is around one third of the energy supplied by the gas grid. As we decarbonise, household heating and cooking is bound to move to electric suppliers. When added to electrification of transport, the demand for electric power could be enormous. Green energy is provided when available and not necessarily at times of peak demand, such as 4pm to 7 pm. A method of storing electricity for peak demand will be required. According to its website, Ovo energy has started a trial in collaboration with the UK Government, “The vehicle to grid” trial. This uses the Kaluza V2G car charger in private driveways. The car is plugged in and a smartphone app controls charging. When demand on the grid is high, the car battery discharges to assist (the car owner is paid for this power). When demand is low, the battery charges up. This scheme is brilliant because it buys renewable electricity when needed. There is of course a problem. The lifespan of the car battery will be shortened. This problem should be overcome by the million mile battery.

What is the message here? If we are environmentally careful, it is of course important to walk, cycle and use public transport where feasible. If you live in a big city and are young, you can probably manage with no more than occasional use of a car club vehicle. If you live in the country or a small town, a car may be unavoidable for many of us. In the future, an electric car will be a reasonable investment. For now, I would want a reliable and durable option. My choice is a petrol hybrid car. If money is tight, a small petrol car from a reliable brand is a reasonable second best.