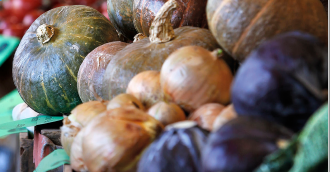 My wife recently said to me, “You are less tolerant of food likes and dislikes, than anyone I have ever met.” Neither of us are in the first flush of youth, so this was quite a statement! The picture below is part of an advert on the back of Waitrose magazine. I have removed the name of the oven brand being advertised, which allows for 2 heat zones in the same oven. This advert may reflect “normal” eating habits in the UK, but is unlikely to have much traction on me.

In the last few years, I have developed food preferences. These are based on the impact my diet has on the environment, my health and that of others.

Agriculture is responsible for a substantial proportion of greenhouse gases. This issue is complex because land used for agriculture may involve deforestation and loss of biodiversity. In addition, fossil fuels are used to make fertilisers and pesticides. Animals and some crops may release methane, a powerful greenhouse gas, into the air. Fossil fuels are also used in food processing, for transport and to manufacture packaging.

The UK Governments are committed to net zero emissions in only a few decades time. This must require change in our diets. The obvious ways to reduce the climate impact of our food is to eliminate food waste, make a major reduction in consumption of animal products and reduce the amount of processed food we use. Reducing packaging and eating locally produced seasonal food will also make a modest contribution.

Organic food is expensive! It is also frequently difficult to distinguish from “normal” food. Surely this is an indulgence for people with more money than sense. Furthermore, the carbon footprint of a kilo of organic beef may be even higher than that of intensively farmed beef. Is there really a case for organic food? 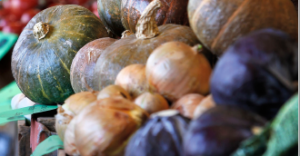 For those of us who are concerned that climate change is a threat, the plight of the environment in general is a worry. Modern intensive agriculture uses pesticides which are damaging the populations of pollinators and other fauna. Nitrogen fertilisers are also used on arable land, causing topsoil to be washed away. Topsoil contains much more carbon than all of the world’s forests combined and more fresh water than all rivers and lakes combined. It also contains a vast living mass of organisms. Topsoil is essential for farming. When treated with nitrogen fertilisers, instead of natural fertilisers and crop rotation, the soil washes away and the organisms diminish. We do not know if the carbon in the top soil is released into the atmosphere or if it all settles in the seabed. According to Pimentel et al, the world has lost half of its topsoil in the last 150 years. The UK has lost even more according to the environmental audit committee in its submission of 2016. In 2014, one UN official has stated that there may be fewer than 60 harvests left. This was reported in the December 2014 issue of Scientific American, so perhaps that is 54 more harvests from now.

Without topsoil and pollinators, farming will cease to be viable as topsoil cannot be created in a reasonable timescale and pollinators are required for many of our crops. Wildlife is valuable and high standards of farm animal welfare are attractive. Both improve with organic farming. The timescale for topsoil loss is similar to that of climate change and we must therefore tackle both. 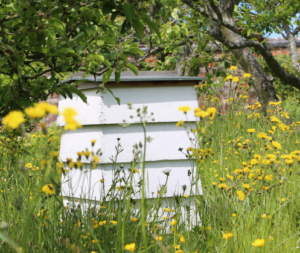 Organic farming is based on a series of standards and enforced by inspection. Organic farming still comprises only a small proportion of all UK farming. If we look at the cost of average UK diets made up of purely organic produce, it will be high, maybe too high. If we commit to a sustainable diet by reducing consumption of animal products and move to organic at the same time, the cost is more reasonable. 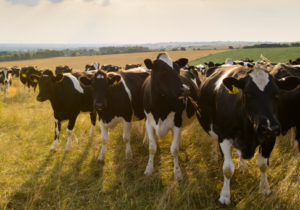 Conventionally farmed dairy and beef allows the use of “routine” antibiotics. This means that cows are routinely given antibiotics in order to prevent infections even if they are not ill. As they may be in very close contact with one another this policy makes sense to the individual farmer. Unfortunately, liberal use of antibiotics encourages the development of resistant organisms which can transfer to humans. This is one reason why antibiotic resistance is developing more rapidly than new antibiotics. Infections in humans are becoming more difficult to treat as a result. The threat that resistant organisms pose to our health is, in my opinion, greatly underestimated. I am a former senior doctor who was involved in treating people with complex infections. Organic farming allows antibiotics to be used only if an animal is ill. The reduced number of animals allowed per acre is why organic farming can manage without mixing antibiotics into animal feed.

I used to feel virtuous when I bought free range chicken and eggs as opposed to normal poultry products. I now carefully avoid these because the free-range chicken is usually fed on imported grain, often GM crops heavily treated with fertiliser and pesticides. A high price is paid to producers of grain used for animal feed and this provides the commercial incentive for burning forests in Brazil and damaging arable land elsewhere. Organically farmed chicken uses only organically farmed animal feed and no incentive to burn the rainforests. Organic eggs are a bit more expensive than free-range but the meat is much more expensive and with good reason.

Organic farming provides the highest standards of animal welfare. It is unmatched by any other certification system.

It is no longer sustainable to rely on animal products to provide us with an important proportion of our calorie requirements. Animal farming is very inefficient because only some of the calories in animal feed are converted into meat, milk or eggs. Farming that relies on chemical fertilisers and pesticides is not sustainable. We can change to organic, mainly vegetarian food and need to do this rapidly if our descendants are to have adequate food supplies.