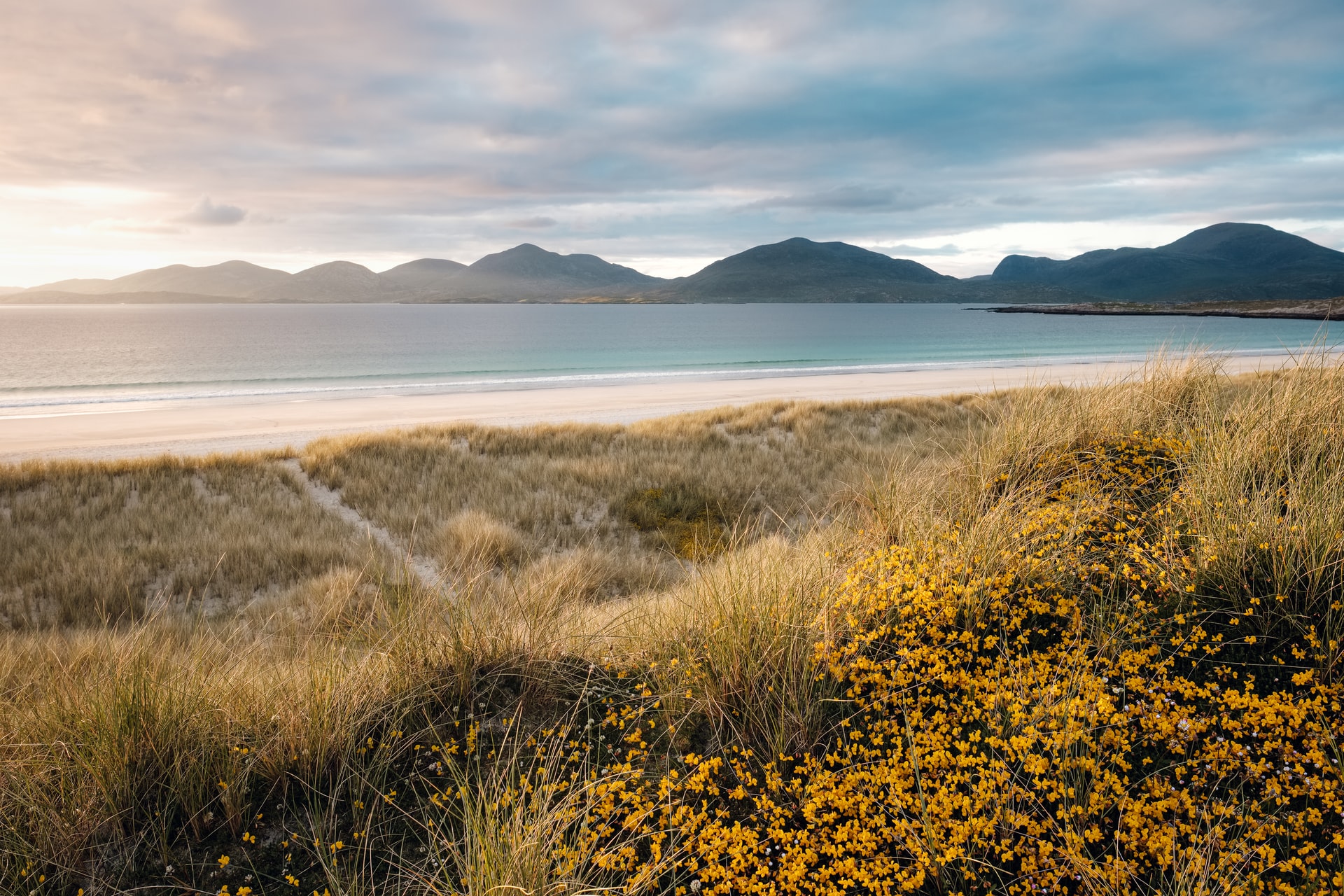 This was when the whole world measured time

This is when the light would turn around

This is where the past would come undone

and the spinning earth will mark a new beginning

We are coming up to the Summer Solstice, the high point of the year. The longest day, and the shortest night, where up here in Scotland the sun barely dips below the horizon. This year in the UK, the Summer Solstice will happen at 9:44pm on Saturday the 21st of June: at this exact moment, the Earth’s tilt towards the Sun will be at its maximum, before starting to turn away again. 6 weeks after Beltane, Summer Solstice is a dual celebration: we celebrate the Sun and the Summer as well as the return of the darkness. In the past, people would sometimes light two fires to honour this duality.

This year the Solstice also – amazingly – coincides with a full ring-of-fire solar eclipse, during which the Moon will stand between the Sun and the Earth as two perfectly balanced circles, to create some moments of night within the day. While the eclipse will not be visible from anywhere in the UK this year, many traditions around the world believe that the process of the Sun fully embracing the Moon, will open a beautiful portal and opportunity for ceremonies, prayers, ritual and intention setting.

In this first of two blog posts dedicated to the Summer Solstice, Susannah will share her first experience of celebrating this special moment in the year’s cycle. In next week’s post, we’ll offer some practices for reflection and celebration, alone or with others, as well as recipes to honour some of the plants that are traditionally connected to this time of the year (Elderflower, Mugwort and Lavender). 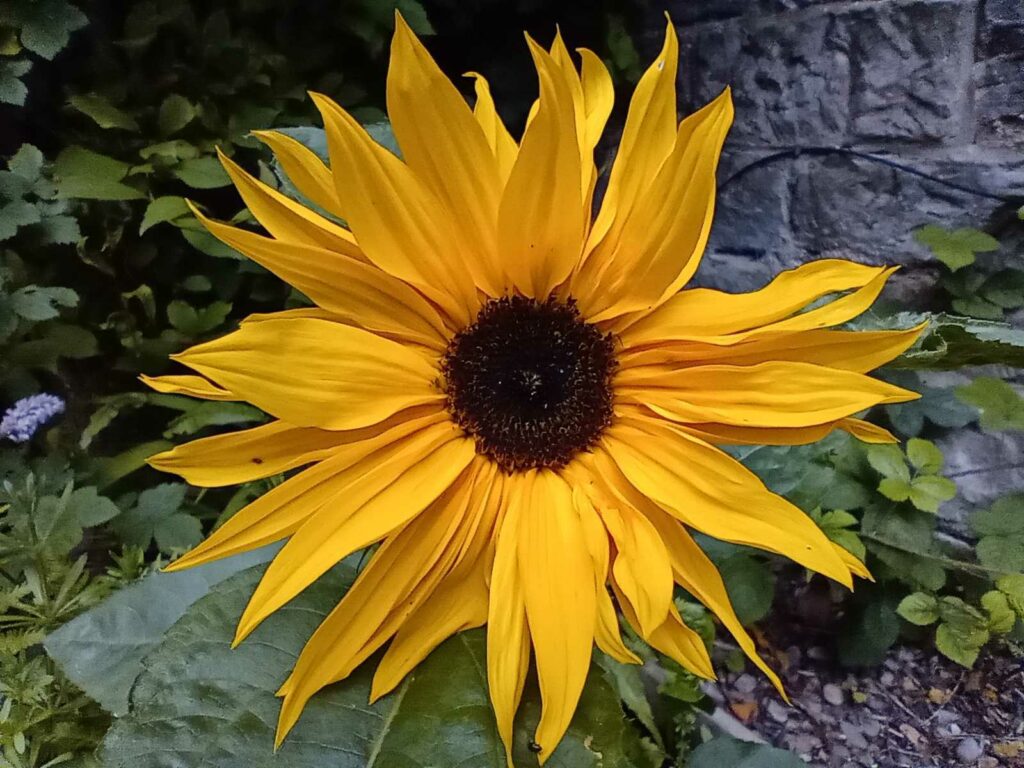 A first encounter with the Summer Solstice

I began celebrating the Summer Solstice 12 years ago, when I was 16. I remember heading off early from a school piano recital along with my friend Becky Apley, to take the train to Salisbury for the Stonehenge celebrations. I had read online about the huge gathering that happens there every year, and something in me knew I had to go. Some instructions I had read online said:

I remember hearing the distant drums as Becky and I walked through the Wiltshire fields and the long sunset, along with hundreds of other pilgrims. I remember feeling the wave of energy hit me when we arrived, as if something in my body knew this ritual from long before. I remember the excitement and rightness at being allowed to enter the usually fenced off stone circle, the scattered gatherings of people sitting around playing music and chatting, like a festival with no organiser, no tickets and no stages. I could feel the heart of the gathering, those drums pulling me into the throng of people who filled the centre of the stone circle. The closer I got the more layers I heard, complex rhythms, wordless chants called out by a strong voice, sung by the whole crowd, swaying and stomping and dancing. I remember weaving my way towards the centre until I stood behind the drummers. There was no leader, but somehow the rhythms moved and changed like a murmuration of starlings in sound. A man looked up at me, and gestured to his drum. He stood, and I straddled it like a horse and began to play.

From that year it became an annual commitment of mine, like a renewal of vows with the sun. Every year I travelled to one of England’s ancient stone circles and gathered with hundreds or thousands of people to celebrate, dancing and drumming into the sunrise. The Summer Solstice is not a night for sleeping. One year I was given a drum all of my own. Eventually it was me calling out the wordless chants for people to sing.

I am writing this to you, in the hope of awakening some of this spirit in you! Perhaps that summer energy feels a bit squashed this year, or without an outlet, and I want to encourage you to (safely) set it free!

Most of Scotland’s traditional solstice celebration sites lie on the Hebridean isles, but of course anywhere outdoors can be the perfect place to celebrate. What about a night walk in the Pentland hills? A bonfire from dusk til dawn? Watching the long sunset or sunrise from the top of Arthur’s Seat, or dancing on the beach? You could begin your celebrations with a visit to the owl family next to Salisbury Craigs in Holyrood Park, who fly across Hunter’s Bog at 8pm each evening, feeding their young! While we still need to socially distance, there is nothing stopping us from celebrating this most special night of the summer, out with the trees, the creatures and the seas.

King of Trees with your crown of gold,

You are the door to worlds unseen,

In winter bare, in summer green. 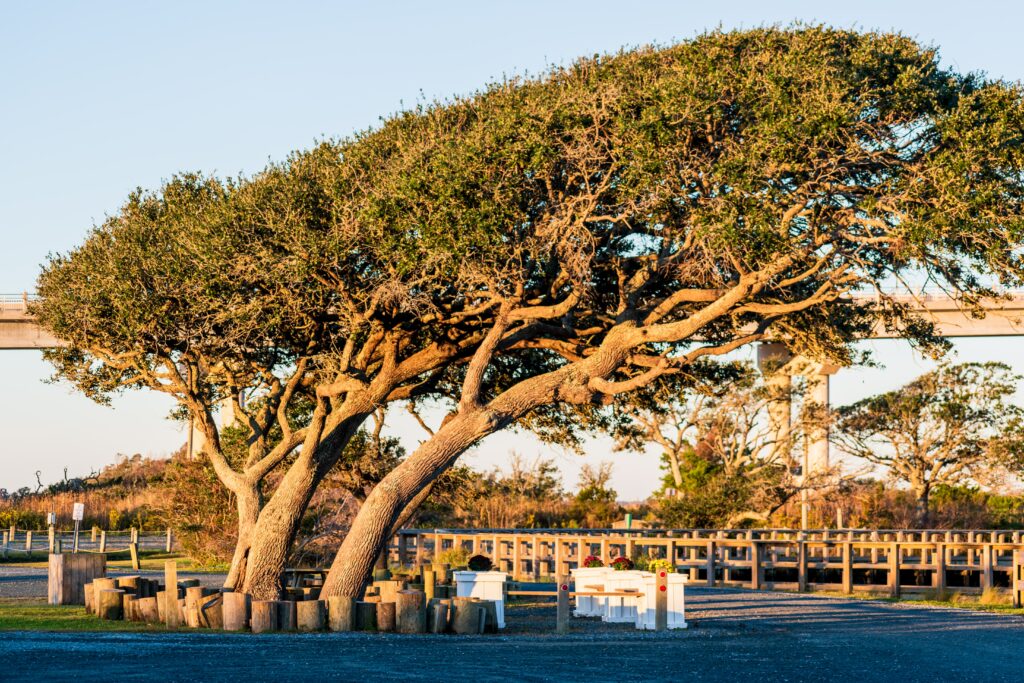 In many traditions, including the Celtic, the oak tree is linked with the Summer Solstice as the door into the inner world and the new darkening cycle of the year that is about to begin. Its Celtic name ‘Duir’ even means doorway. Maybe you’d like to find a mighty oak tree nearby to sit with regularly over the next half of the year? In the past people often turned to oaks for strength and balance.

Wheel of the Year festivals

For a while now, the Salisbury Centre has been organising community celebrations for each of the Celtic ‘Wheel of the Year’ festivals – you may have been along to one of them! These festivals mark the turning of the seasons, honouring both the inner and outer shifts that each season brings. We soon hope to be able to welcome community members to the Centre again to celebrate these and other moments in the year together.

You can read more about the Solstice in this article by Glennie Kindred, and we’ll be back next week with some suggestions for how to create your own Summer Solstice celebration.

Being Elder Being Older

We had a beautiful celebration in the garden..

Volunteers’ Week is an annual celebration of the contribution millions of people make across the UK through volunteering. The Salisbury Centre was…