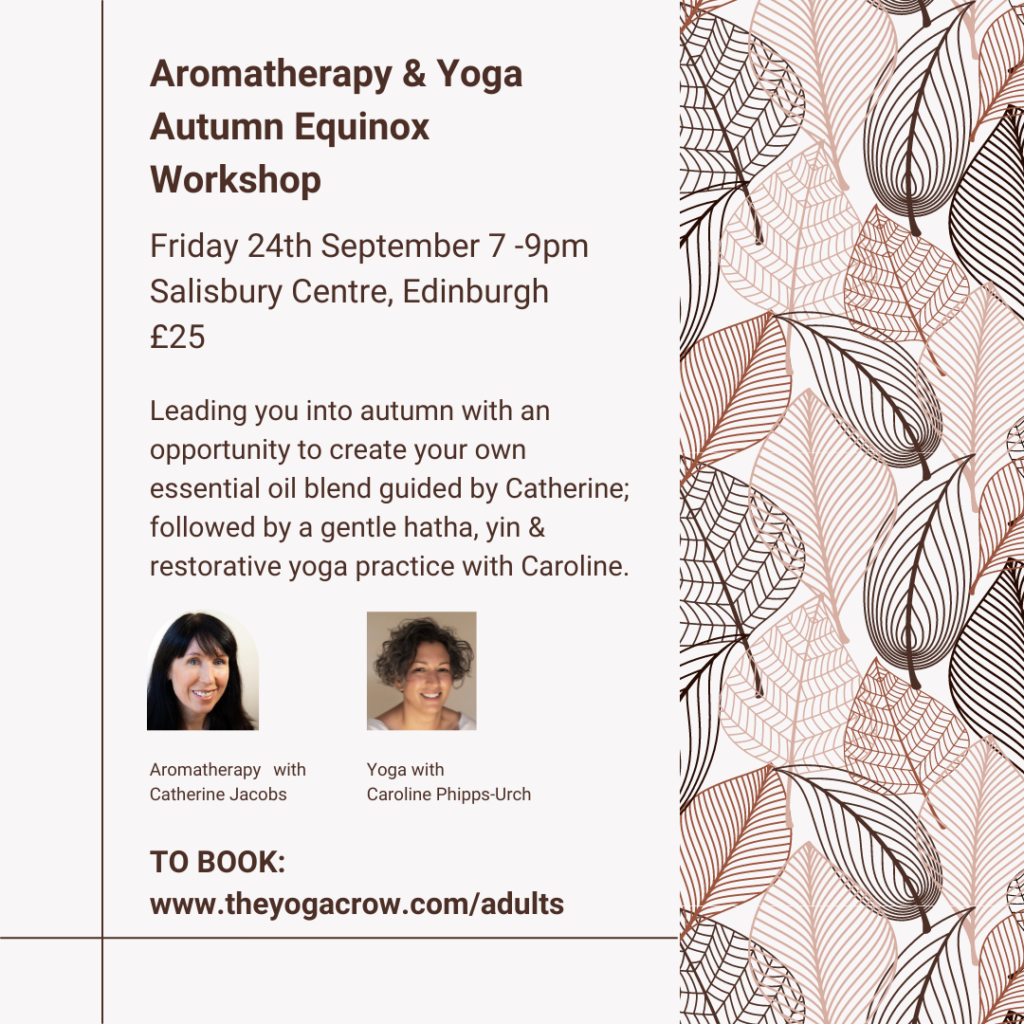 An evening to lead you into Autumn as Catherine Jacobs helps you create your own essential oil blend followed by a gentle hatha, yin and restorative yoga session with Caroline. Time for yourself to nourish and nurture your being as you transition into the coming season

Catherine has worked professionally as a therapist since 2002, initially developing her practice in London and relocating to Edinburgh in 2005.  She qualified in Therapeutic Massage in 2002, furthered her training to include Advanced Massage and Remedial Techniques (deep tissue), then specialised in Holistic and Clinical Aromatherapy in 2004, under the International Federation of Aromatherapists (IFA), she is also accredited under the Professional Standards Authority in health and social care. She is a qualified Pregnancy Massage practitioner and Reiki practitioner

Caroline has been practising yoga for 25 years after being introduced to the practice by a friend in London. She trained in both childrens and teen yoga after having her three boy which led her to the one year foundation course with Yoga Scotland. She continued to study with them on their 500hr Teacher Training course and has since furthered her learning through Menopause Yoga. She has had the privilege of training with Donna Farhi and most recently completed a 100hr Yoga Teacher Training in Trauma-Informed Yoga & Embodied Social Change.  Although trained in hatha and yin yoga, she often incorporates somatic movement drawn from Feldenkrais and myofascial release into her classes.